Finishing the 2019 season 57-105 at the Major League level was viewed internally as a failure by the Miami Marlins organization.

This offseason, the team could start making additions to help complement their young core of players moving through the farm system. The weakest position group at the MLB level for the Fish is the outfield and, overall, their left-handed hitting. While some worthy additions like Avisail Garcia, (albeit he is right-handed) and Corey Dickerson exist in the free agent market, there are also options that may be available through trade.

Diamondbacks outfielder David Peralta is the player who stands out. The Rangers’ Nomar Mazara is another intriguing possibility to explore. Here are some potential trade scenarios for the Marlins to acquire each of those players… 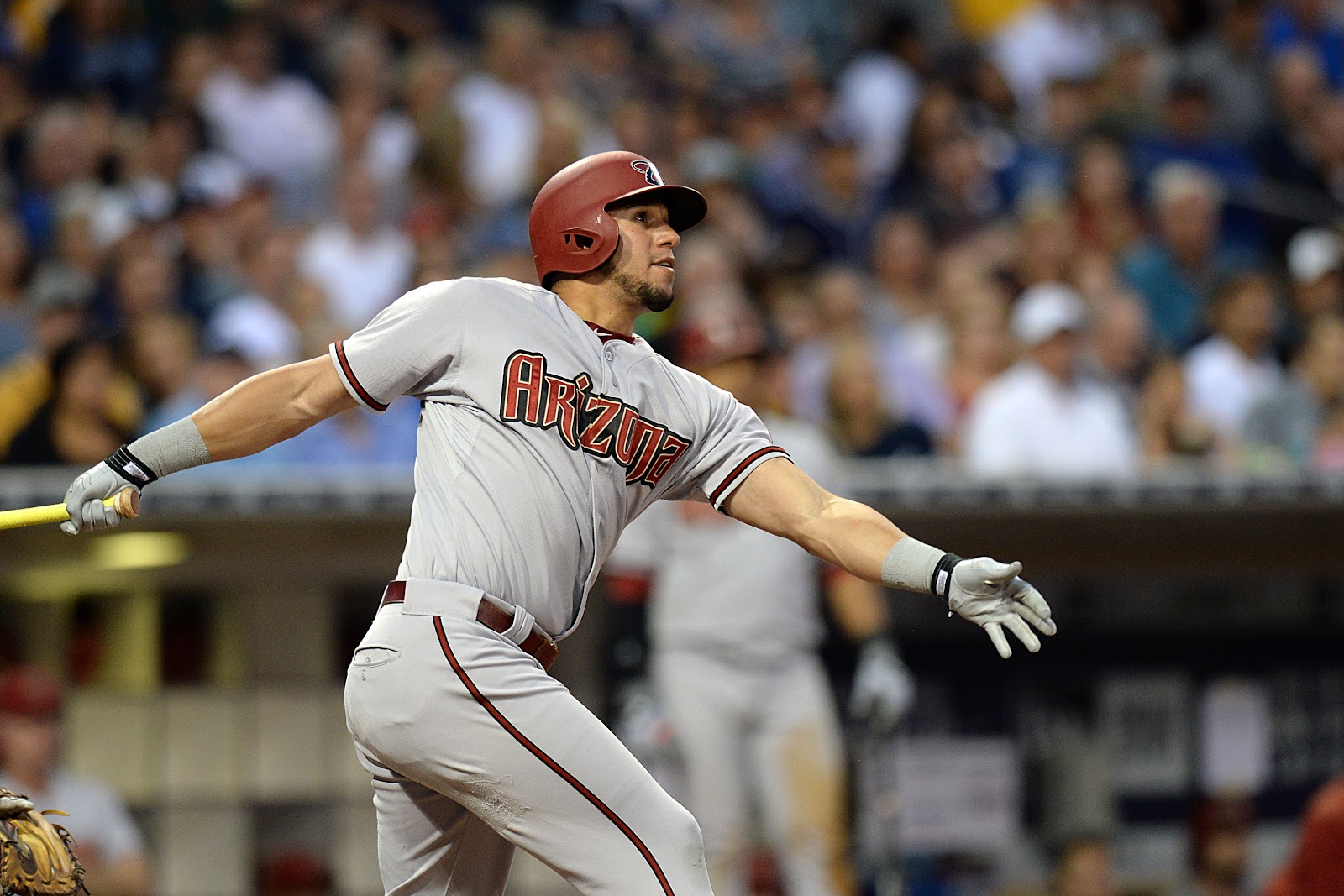 After a strong 2018 season, slashing .293/.343/.516 with 30 home runs, David Peralta established himself among the league’s best hitters, earning a 2018 Silver Slugger award. 2019 was looking like it would be another impressive season until shoulder inflammation became an issue, and it ultimately resulted in season-ending surgery in August. The 32-year-old hit .275 with 12 home runs in just 99 games this season,

With Peralta set to enter free agency after the 2020 season (he is also due for his third arbitration ($8.8million in 2019)), the Diamondbacks could be motivated to trade him to reset their outfield and save some cash. After winning 88 games this past season, the Diamondbacks should be players in the Wild Card race next year. That said, their outfield is both older and lacking in significant depth. Arizona’s top outfield prospects, Kristian Robinson, Corbin Carrol, and Alek Thomas are each likely 1-3 years away from the majors.

In acquiring Monte Harrison and Harold Ramirez, the Diamondbacks would start by getting a power-hitting, 5-tool, 24-year-old outfielder who is close to the Major League level in Harrison. They would also add a solid-hitting 25-year-old outfielder to the fold in Ramirez. While losing Peralta is an immediate downgrade to their lineup, Harrison and Ramirez come with plenty of team control and would be paid at league minimum salary for the next few years. Humberto Mejia, off a strong 2019 in class A and A+, helps add to Arizona’s group of minor league pitching while allowing the Marlins to save a spot on their 40-man roster since he is Rule-5 eligible.

For the Marlins, this unorthodox trade would help solidify the middle of their order. David Peralta would step in and automatically profile as their best hitter. Plus, he offers strong defense in left field: His 10 Defensive Runs Saved were good enough to earn him a Gold Glove Award in 2019 with just 99 games played.

Upon a successful acquisition of Peralta, the Marlins focus would shift to signing him to a long-term deal. Keep in mind, however, that if they should make this trade and fail to sign the 32-year old, they would likely receive 1st round compensation if he were to sign elsewhere after rejecting a qualifying offer in the 2020 offseason. 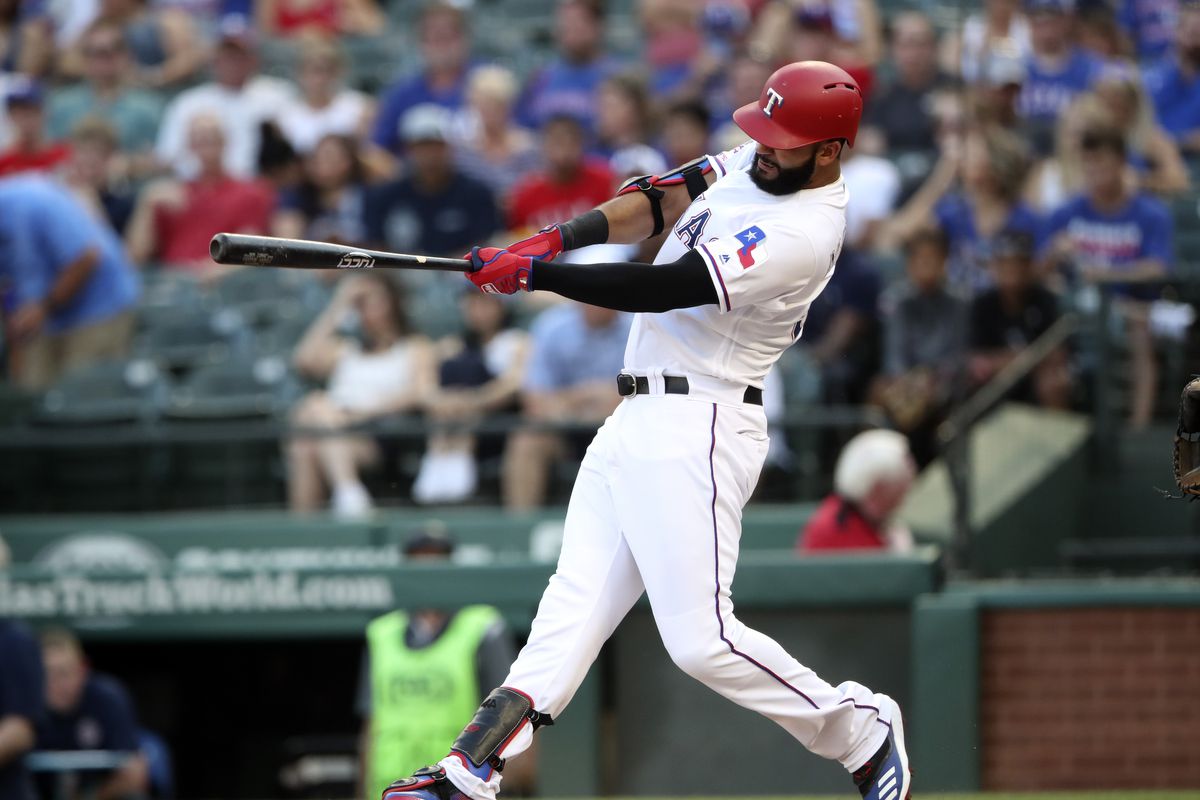 While David Peralta is the trade target we’ve heard the most about for Miami, we also wanted to give you another possible player the Marlins could target this winter, but at a slightly different price. Nomar Mazara is an interesting name who could pop up in conversation in the coming months. Still only 24 years old, Mazara has played nearly 4 full seasons in the MLB. He’s a career .261/.320/.435 hitter with “light tower power,” including a statcast record 505ft shot in Arlington this past June.

With a left-handed swing, a big leg kick, and a lot of working parts, Mazara can get beat by the fastball up in the zone and the sliders away, but he covers the plate really well. 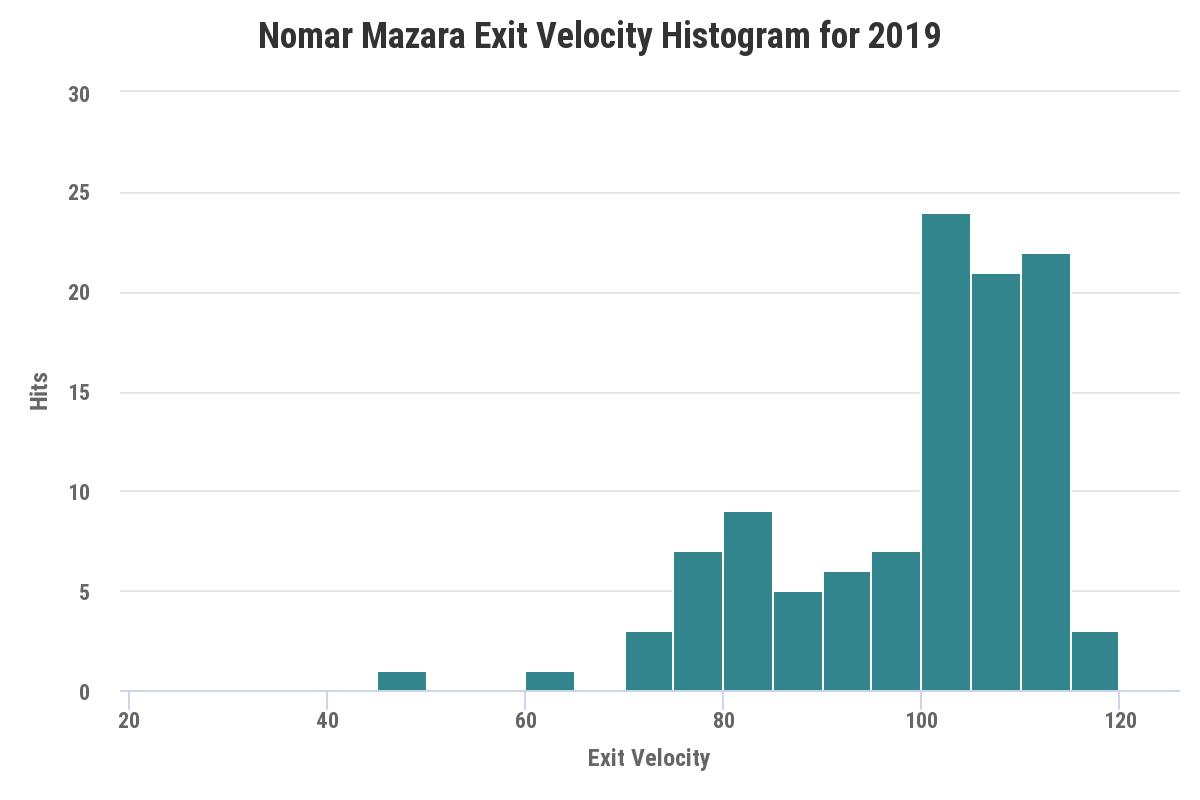 While Mazara struck out at the highest rate of his young career this past season (23.0%), Mazara also hit the ball extremely hard. His barrel rate of 10.7% was a career high, and his Hard Hit% of 39.3% is nearly 5 points higher than the MLB average. An extra base machine with 25 doubles over each of the last three seasons, 2019 was his first season where he came shot of hitting 20 home runs (he hit 19). Mazara would instantly become the most impactful bat in the Marlins lineup.

Defensively, the 24-year-old is no slouch in right field, with a career fielding percentage of .990 and just 8 errors in over 3500 innings. His Defensive Runs Saved numbers are not the most ideal, but while not possessing top-end speed, he makes up for it with great defensive positioning and great routes to the ball while using his 6’4 215 lbs “Wide Receiver” size to great use.

Nomar Mazara hasn’t been a name thats came up in trade talks with Miami as of yet, but it could be happening very soon. Texas is opening a new ballpark in 2020 and could possibly be looking toward a future rebuild or spending lighter this offseason. For this article, we are going to go with the latter and that’s where Miami fits it perfectly. Mazara has two extremely team-friendly years left on his deal in the prime of his career which will make the price tag for acquiring him a little more expensive, but, thankfully, Miami has stocked their farm system with assets for times like this.

Mazara is a clear upgrade at a position of need. He brings bonafide power threat to a young, improving lineup while allowing Brian Anderson to enter 2020 as a full-time third baseman.

So what’s the most likely package to make this swap happen? You might see Nick Neidert, Jose Devers and Meija and instantly think, “nope,” but a package like this checks all the boxes for both teams.

Miami would still be loaded at each position, including extremely high-upside guys still within the system. Losing a polished starting pitching prospect like Neidert would be an obvious loss, but at the same time, he is coming off a strong performance in the Arizona Fall League and could become the most MLB ready young pitcher in the entire Rangers farm system as soon as he was moved. With Jazz Chisholm and Nasim Nunez entering the organization this year, losing a shortstop of Jose Devers could be easier to take. The 19-year-old is a pure slap hitter with plus speed and great instincts up the middle. He’s been an all-star in A-Ball and High A-Ball the past two seasons as one of the youngest players in the leagues, and he could be the best middle infield prospect in the Rangers system right off the bat, as well. Both Neidert and Devers would be in the Rangers Top 10 prospects across all publications, while Miami would still be armed with a Top 10 farm system in the entire league.

The real sweetener of this deal would be Humberto Meija. The 21-year-old SP is coming off a really good season in 2019 and has honestly been very good every year he’s been in the Marlins organization. The problem for Miami is he barely seen innings in High A and he is Rule 5 eligible next month. Adding his potential starter value to a deal like this could only help things.

Double dipping in the farm system for a starting pitcher and a shortstop is never a fun thing to see, but to acquire a quality everyday player who some say can still “breakout” and unlock superstar potential might just be worth it.